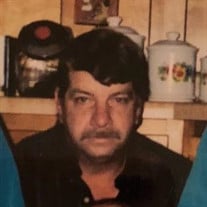 Big Stone Gap, Virginia Danny Joe Austin 64, passed away peacefully on Sunday (November 4, 2018) at his residence in Big Stone Gap, Virginia, with his family by his side. He was a former coal miner of many years. He was of the holiness faith. He enjoyed spending as much time as possible with his grandchildren. He will be missed dearly by all. He was preceded in death by his son, Jamey Joe Austin and father William Austin. He is survived by his wife Barbara Austin of the home, his daughter; Amy Austin Campbell of Big Stone Gap, his grandchildren; Ashley (Phillip) Boyette and Megan Austin of Lake Charles Louisiana, Tyler Austin and Fiancé Allison Kinsler, Alex Diets, Olivia Campbell, and Brooklyn Seabolt all of Big Stone Gap, his brothers; Billy (Jean) Austin, Tim Austin both of Big Stone Gap, Doug (Ann) Austin of Appalachia, Chris (Kimberly) Austin of Marion VA, his mother Nannie Austin, sister; Debbie (Carlos)Bush of Big Stone Gap, several nieces and nephews and special in-laws. The family will receive friends on Tuesday (Nov 6) from 5p.m. until 8p.m for the visitation at Holding Funeral Home in Big Stone Gap. The funeral service will be conducted on Wednesday (Nov 7) at 11 a.m. with Pastor Dr. Roy Smith officiating. Burial will follow in American Legion Cemetery. Pallbearers will be: Tyler Austin, Alex Diets, Phillip Boyette, Jessee Austin, Stetson Clark, Billy Austin. You may go online to view the obituary, sign the guest registry, or leave the family a condolence at www.holdingfuneralhome.com Holding Funeral Home is serving the Austin Family.

The family of Danny Joe Austin created this Life Tributes page to make it easy to share your memories.

Send flowers to the Austin family.