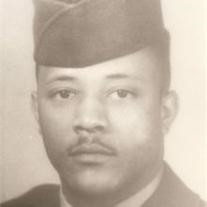 Big Stone Gap, VA Edward Franklin Long, Jr., 80, passed away on Monday (April 22, 2013) at Indian Path Medical Center in Kingsport, Tenn. He was born on January 28th, 1933 to Mrs. Kate Kane Long, and Mr. Edward Long in Big Stone Gap, Va. He attended and graduated from Bland High School, and later he proudly served in the United States Armed Forces. He was honorably discharged and moved to Philadelphia, Pa. where he pursued a career in public service. He worked for the Naval Technical Service Facility, a branch of the Department of Defense, until his retirement. He then returned home to care for his ailing mother, and did so until her passing. Frank was an avid sports fan, and he loved the Philadelphia Eagles and the New England Patriots. He will truly be missed. He was so funny, that he could make you mad, and make you laugh in the same breath. He always had an opinion and he did not mind sharing it with anyone. He would tell you exactly what he thought at all times. He leaves behind cousins, Mr. James Carmack of Philadelphia, Pa., Mrs. Bertha Carmack of Philadelphia, Mr. George Carmack JR. of Pine Hill, NJ, Miss Carmen Murphy of Roanoke, Va., Mr. Sam Murphy of Northern New Jersey, Mr. Roger Dukes of Sicklerville, NJ, Mrs. Rosemary King of Philadelphia, Miss Gail Carmack of Delaware, and Miss Deborah Carmack of Philadelphia; special friends, Mr. Robert Ellis of Big Stone Gap Va. and Miss Alberta Mitchell of Big Stone Gap, Va. and a host of friends, too numerous to mention. Friends may call from 1 to 2 p.m. on Tuesday (April 30, 2013) at Holding Funeral Home (17 E. 3rd St., N.) in Big Stone Gap. A memorial service will be conducted at 2 p.m. in the funeral home chapel with Pastor Sandra Jones officiating. Military rites, by local V. F. W. and D. A. V. posts and the VA National Guard Honors Team, will follow at the Oakview Cemetery in Big Stone Gap. To view the obituary online and offer condolences, please visit www.holdingfuneralhome.com. Holding Funeral Home is honored to serve Mr. Long's family.

The family of Edward Franklin Long, Jr. created this Life Tributes page to make it easy to share your memories.

Send flowers to the Long, family.