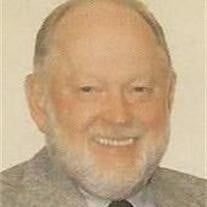 Big Stone Gap VA Gregory Allen " Butch" Dalton, 64, went to his heavenly home December 10, 2013 after a lengthy illness with his family by his side at Lonesome Pine Hospital, Big Stone Gap, V.A. Butch was born March 04, 1949 in Norton, VA. He graduated from Powell Valley High School in 1967 and after graduation had one tour in the US Army where he held the rank of sergeant. Later, he continued his education with a degree in Radiologic Technology. He served as director of Radiology at several area hospitals with his last position being at Lonesome Pine Hospital in Big Stone Gap VA. He was an active member of the Mount Carmel Baptist Church, and served on the Big Stone Gap town council and is the current elected Vice Mayor of Big Stone Gap. His love for the outdoors included hunting and fishing. He also enjoyed cooking and spending time with his family. He was preceded in death by his parents Rudolph and Nell Dalton He is survived by his loving wife of 44 years, Glenda; brothers, Jim( Sadie) and Gary (Tine) of Big Stone Gap, VA; and two sons Jody of Charlotte, NC and Joshua (Willie) and his granddaughter Alafair from Duffield, VA. He is also survived by hosts of great friends and coworkers who assisted with his care and were always there in his time of need. The family will receive friends on Friday from 4 to 7 p.m. at Holding Funeral Home (17. Est. 3rd St. N.) for the visitation. The funeral service will be conducted following the visitation in the funeral home's chapel with the Pastor Rusty Fitzpatrick officiating. Special music will be provided by Holding Funeral Home and Dennis Shuler. The graveside service will be conducted on Saturday at 11:00 a.m. in the American Legion Cemetery. Those wishing to attend the graveside service are asked to meet at Holding Funeral Home by 10:30 to go in procession to the cemetery. Military rites will be provided by the local VFW, and the National Guard Honors Team. The pallbearers; Jody Dalton, Josh Dalton, Scott Napier, Johnny Giles, Fred Dorton, and Brian Dorton You may go online to view the obituary or sign the guest registry at www.holdingfuneralhome.com Holding Funeral Home is serving the Dalton Family.

The family of Mr. Gregory Butch Dalton created this Life Tributes page to make it easy to share your memories.

Send flowers to the Dalton family.