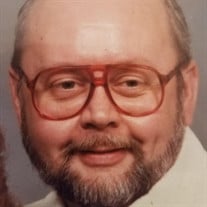 Appalachia VA, Appalachia VA, Jerry Allen Stidham, Jerry was born on the 11th of October, 1948, in Osaka, Virginia, at the home of his Grandma Bowman. He left us to be with the Lord on the 5th of May, 2020. Jerry was 71 years old. Jerry was the oldest of four children born to Willard (Sam) and Mary (Sug) Stidham. As the oldest, he set a pattern of quiet strength and goodwill towards those who knew him. No one ever doubted Jerry’s devotion to his family, his country, and his friends. Jerry’s teenage years coincided with the turbulent times of the onset of the Vietnam conflict. While a draft was in place, a shining example of his loyalty to his country was to volunteer to serve in the United States Marine Corps. On the 6th of April, 1971, Jerry began training at Camp Pendleton, San Diego, California. Graduating as an Avionics and Mechanical mechanic specializing in hydraulics, Jerry serviced the F4 Phantoms. During his career, he was awarded the following medals, decorations, and badges: National Defense Service Medal, Vietnam Service Medal, Vietnam Campaign Medal, Good Conduct Medal, Rifle Sharpshooter Badge, and the Vietnam Gallantry Cross awarded in recognition of deeds of valor or heroic conduct while in combat with the enemy. He was a crew chief on a sole F4 Phantom which he affectionately called his Baby, while stationed in Danang, RVN, where he also saved a fellow Marine’s life. Jerry found love in his life. While he did not have children of his own, he was especially fond of a step-daughter, Katie Heiborn née Sparks. Once honorably discharged, Jerry worked at a variety of professions in his hometown of Hamilton, Ohio. Some of those jobs were over-the-road trucking, restaurant management, IRS auditor, and auto dealership sales and management. Jerry also enjoyed coaching Little League teams while living in Hamilton, Ohio. In the summer of 1995, Jerry joined his parents in Arcadia, Florida, where he spent the remainder of his time. In Arcadia, Jerry was an officer of both the VFW and the American Legion, holding the position of Treasurer. We are grateful for his fellow patriots of K Post 11, who will honor their brother in arms with a twenty-one gun salute, folding of the United States flag and presentation, and final taps. Jerry will rest at the Powell Valley Memorial Gardens in Big Stone Gap, Virginia, alongside many of his family members at the park.He is preceded in death by his mother, Mary Lee Stidham née Reese; grandparents; Walter Van Buren and Charmia Lee Reese née Hartsock; Willard Owen and Nora Myrtle Stidham née Boggs; five aunts and six uncles. We mourn our son and brother. Too soon he has left us, too soon to say good-bye. Jerry is survived by his father, Willard Samuel Stidham; brothers and sister-in-laws, Larry Wayne and Ava Stidham of Panhandle, Texas; and Randy Howard and Kym Stidham of Olympia, Washington. He has one sister, Kathryn Marie Blanchard née Stidham of Mansfield, Ohio. Jerry is also survived by four nephews, Craig Stidham, Sean Stidham, Ryan Blanchard, and Kody Stidham; and one niece, Lisa Butler née Blanchard. Surviving Jerry are eleven great-nephews and nieces. Three uncles and two aunts survive him as well. There will be a committal service held on Wednesday , May 13, 2020 at 2 p.m. in Powell Valley Memorial Gardens. Family and friends will serve as pallbearers You may go online to view the obituary, sign the guest registry or leave the family a condolence at www.holdingfuneralhome.com Holding Funeral Home is in charge of the arrangements

Appalachia VA, Appalachia VA, Jerry Allen Stidham, Jerry was born on the 11th of October, 1948, in Osaka, Virginia, at the home of his Grandma Bowman. He left us to be with the Lord on the 5th of May, 2020. Jerry was 71 years old. Jerry was... View Obituary & Service Information

The family of Jerry Allen Stidham created this Life Tributes page to make it easy to share your memories.

Send flowers to the Stidham family.