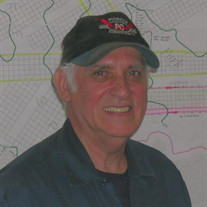 APPALACHIA VIRGINIA, Romans 8:28 28 And we know that in all things God works for the good of those who love him, who[a] have been called according to his purpose. Joe H. Wagner 72, went to be with the Lord and Savior on Tuesday (Dec. 22 2015) at the Mountain View Regional Medical center, with his loving family by his side. Joe worked for 41 years in the Coal Mines with the Westmoreland and Cumberland Resource mining companies. He was a veteran where he served his country honorably in the United States Air Force during the Vietnam era. He was very active in his church, he enjoyed attending the First Apostolic Church in Appalachia Virginia. He was a member of New Beginnings Pulmonary Rehab. He was a loving husband, father, and the greatest “Poppal” he truly care for his family and his church. He was proceeded in death by his parents Floyd and Ruby Wagner, and siblings; Charles Wagner, Jack Wagner, Johnny Wagner, and Carl Dean Wagner. He is survived by his loving wife of 52 years Judy “Cutie Pie” Wagner of the home, his two children Charlene Wagner Kilgore and husband Patrick of Appalachia, Timothy Wagner and wife Paige of Appalachia, grandchildren; Chelsea Evans and husband Brad of Roanoke VA, Hannah Hall and Abigail Hall both of Appalachia, Natalie Wagner, Peyton Wagner, and Greyson Wagner, all of Rutledge TN; great grandson Bradley Jackson Evans, one sister Linda Capp and husband Andy of Mananas VA, other close relatives and friends. The family will receive friends on Sunday Dec 27, from 5 until 7p.m. for the visitation. The funeral service will be conducted following the visitation in the funeral homes chapel with the pastor Johnny Flannary and associate Emil Schenk officiating. Special music will be provided by Sandy Flannary. The committal service will be held on Monday (Dec 28)in the Powell Valley Memorial Gardens at 1p.m. those wishing to attend the committal service are asked to meet at the funeral home by 12:30 to go in procession to the cemetery. Family and friends will serve as pallbearers. You may go online to view the obituary, sign the guest registry at www.holdingfuneralhome.com Holding Funeral Home is honored to serve the Wagner Family.

APPALACHIA VIRGINIA, Romans 8:28 28 And we know that in all things God works for the good of those who love him, who[a] have been called according to his purpose. Joe H. Wagner 72, went to be with the Lord and Savior on Tuesday (Dec. 22 2015)... View Obituary & Service Information

The family of Joe Harold Wagner created this Life Tributes page to make it easy to share your memories.

Send flowers to the Wagner family.