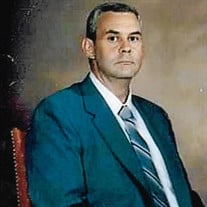 JOHN DENNIS HOOD, age 73, of Big Stone Gap, VA., died Sunday evening June 6, 2021 at Johnson City Medical Center, after sustaining injuries in a single car accident in Big Stone Gap. Dennis was a 1966 graduate of Powell Valley High School, where he was an outstanding athlete, and played football, and basketball. Dennis attended Clinch Valley College (UVA at Wise, VA) where he played college basketball. He later earned a B.S. degree in physical education, from Pikeville College, then he earned his Masters degree in Elementary education from Virginia Polytechnic Institute & State University. His first job, he was hired as a teacher and basketball coach, at East Stone Gap., elementary school. He was employed as a teacher, until he accepted employment with the military. As a (GS-11 rank) at the U.S. Army Base/ Writing Branch, in Ft. Lee Virginia; where he wrote correspondence courses for the Army. After returning to Big Stone Gap, Dennis accepted employment with Westmoreland Coal Company until his retirement. Dennis enjoyed volunteer coaching for the youth P-Nut Football League. He was the coach of the "Chiefs team" for approximately 20 summer seasons, at Bullitt Park. Through his coaching, he had the distinct honor of teaching young men how to win, and how to be a good man. During his retirement, Dennis enjoyed his grandchildren, bowling, and UK Basketball. Dennis will be missed by his many friends and relatives. He was predeceased by his parents, Hubert and Betty( (Tritt) Hood, Surviving, a son, John Wesley Hood of Abingdon, VA., and a daughter, Carmen Denise Tate, of Denver, NC., a brother, Carl Hood and wife Darinda of Lynchburg, VA., five grandchildren, Jill and Madi Hood of Gate City, VA., Beaudry Hood, of Abingdon, VA., Camden and Jackson Tate, of Denver NC, a nephew, Jarrod Hood and Laura Diane Weeks, of Charlottesville, VA. A Visitation will be held on Thursday June, 10th 2021, from 1 to 3 p.m. at Holding Funeral Home in Big Stone Gap. The funeral service will be conducted following in the funeral home's chapel with Pastor Robert Hill officiating. The committal service will be held on Thursday in Riverview Cemetery,(East Stone Gap,VA) at 4 p.m. A memorial video has been created for family and friends at: https://www.tributeslides.com/tributes/show/PFR3CGGTCXHJ38PB Family and friends will serve as pallbearers. An online register is available for the Hood family at www.holdingfuneralhome.com Holding Funeral Home is honored to serve the Family of Dennis Hood.

The family of John Dennis Hood created this Life Tributes page to make it easy to share your memories.

Send flowers to the Hood family.