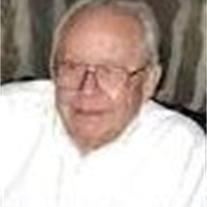 BIG STONE GAP, Va/LEBANON, Va. Kyle Beecher Powers Sr., 90, passed away on Sunday (April 27, 2014) at Bristol Regional Medical Center. He was born in Russell County, VA. He lived most of his life in Big Stone Gap. At the age of 80, he returned to Russell County to enjoy his family and work on the farm. He was known by many as "Papaw", and was loved dearly by his family and friends. He was a retired foreman with Westmoreland Coal Company, with thirty-five years of service. Beecher served as Curator of the Harry Meador Coal Museum in Big Stone Gap for 17 years. He was a U.S. Navy Air Corps Veteran of WWII, and was a member of the Col. C.H. Hagy Chapter 45 of the DAV. He was a former U.S. Merchant Marines. He was a member and Past Master of the Big Stone Gap Masonic Lodge #208, A.F. & A.M., the Scottish Rites, Past District Deputy Grand Master of the 48th Masonic District, a Past-President of the Powell Valley Shrine Club, and a member of Kazim Temple of Roanoake. He was of Methodist faith. He was preceded in death by his wife, Mary Baker Powers in 1987; an infant son; his parents, John H. Powers and Essie (Byington) Powers; a sister Hazel Powers Dean; and two brothers, Zed Powers and Fred H. Powers, Sr.; Surviving are his son, Kyle B. "K.B." Powers, Jr. of Bandy, VA; his granddaughter, Rebecca Marie Osborne and her husband, John Thomas Osborne; and two great grandsons, Eli Thomas Osborne and Samuel John Osborne, all of Lebanon VA. The family will receive friends 6 to 8 p.m. Wednesday at Holding Funeral Home (17 E. 3rd St N.) Big Stone Gap. Masonic rites, by the Big Stone Gap Masonic Lodge #208 A.F. & A.M. will follow the visitation. Funeral Services will be conducted 1 p.m. Thursday in the funeral home chapel with the Rev. Roger Barker officiating. Military graveside rights, by local V.F.W. and D.A.V. Post and the National Guard Honors Team, Gate City, VA. will follow at Powell Valley Memorial Gardens. Pallbearers will be John Osborne, Jack Mullins, Chuck Mullins, Derek Hamilton, Chris Campbell, and Robbie Perrigan. To view the obituary the online and offer condolences, please visit www.holdingfuneralhome.com. Holding Funeral Home is serving the Powers family.

BIG STONE GAP, Va/LEBANON, Va. Kyle Beecher Powers Sr., 90, passed away on Sunday (April 27, 2014) at Bristol Regional Medical Center. He was born in Russell County, VA. He lived most of his life in Big Stone Gap. At the age of 80, he returned... View Obituary & Service Information

The family of Kyle Beecher Powers, Sr. created this Life Tributes page to make it easy to share your memories.

Send flowers to the Powers, family.