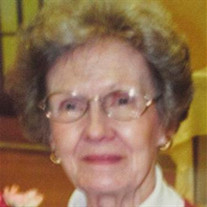 Mary Jean Bledsoe Botts ,91 Big Stone Gap, Va./Elizabethton, Tn. Mary Jean Botts, 91, died Friday, July 31, 2015 at Ivy Hall Nursing Home in Elizabethton, Tennessee. She was a native of Jonesville, Virginia, but lived in Big Stone Gap most of her life. She also lived for a while in Weber City, Virginia and Kingsport, Tennessee. She was the daughter of the late Clyde and Lora Bledsoe. Jean was married to the late Dr. William (Bill) Botts, Jr. They owned Botts Drug and Variety Store in Big Stone Gap for several years. Jean was very involved with "The Trail of the Lonesome Pine" outdoor drama for many years. She, along with her husband, was one of the founders of the drama. She was also the drama stage manager and a make-up artist. She was a talented portrait, landscape, and still life artist, as well. Her work was on exhibit, locally, and some of her pieces are part of the permanent art collection at the June Tolliver House. She helped her husband, Bill, paint the original drama backdrop. Together, they served as Art Directors for the June Tolliver House. In the past, she was an active member of the Boone Trail Chapter DAR, AARP, and Dogwood Garden Club. She held various high offices in these organizations, including president of the AARP. Surviving are one daughter, Becky Botts Arnott and husband, Greg, of Columbia, Tennessee and one son, Dr. Nick Botts and wife, Lisa, of Elizabethton, Tennessee. Also surviving are two grandchildren, John Botts and Julie Botts of Elizabethton. She had one surviving brother, Ray Bledsoe, from Jonesville, Virginia, and a sister-in-law, Lena Bledsoe of Jonesville, Virginia, and she was preceded in death by siblings, Sally Akard and Clyde Bledsoe, Jr. She leaves several nephews and nieces. The family would like to express their gratitude to the staff of Ivy Hall Nursing Home for their care of Mrs. Botts. Receiving of friends will be from 1 to 2 p.m. Wednesday, August 5 at Holding Funeral Home (17 E. 3rd St., N.) in Big Stone Gap. Services will be conducted at 2 p.m. in the funeral home chapel with the Rev. Joel Cook officiating. Afterwards, graveside services will be conducted in Glencoe Cemetery in Big Stone Gap. Memorial contributions may be made to the June Tolliver House, 522 Clinton Avenue E., Big Stone Gap, Va. 24219 To view the obituary online, sign the guest registry and offer condolences, please visit www.holdingfuneralhome.com. Holding Funeral Home is serving the Botts family.

The family of Mrs. Mary Jean Botts created this Life Tributes page to make it easy to share your memories.

Send flowers to the Botts family.