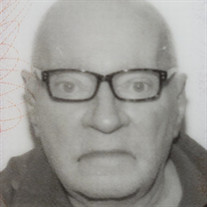 Big Stone Gap, Virginia Normand Thomas Graber- 90, passed away peacefully on Tuesday, February 22, 2022, at Heritage Hall Nursing Home in Big Stone Gap, VA. Normand was born April 12, 1931 in Big Stone Gap, VA., he was the son of the late; Max Graber Sr. and Ina R. (Thomas) Graber. He was one of three children. During his time in high school he played in the band, he was the head drum major for the Buccaneers. He was a talented musician and he played the organ as a teenager at the Big Stone Gap Presbyterian Church. After his high school years, Normand joined the United States Army where he served his country honorably. Upon his discharge from the military and his return to Civilian life; he then attended William and Mary College where he earned his bachelor’s degree. With Degree in hand, he set out to find a career he found employment with the New York public library system. During his career he was a devoted employee and friend. He attained a supervisory role with the New York library system where he managed a public facility until his retirement. After retirement he shared his time between New York and Big Stone Gap. He will be sorely missed for his wit and compassion. In addition to his parents, he was preceded in death by his brothers, Max H. Graber Jr., and John Marshall Graber. He is survived by several close friends whom he cared for- Kathleen Gilispie, Virginia Meador, Ann Hord, Marilyn and Gary Bumgarner, Tony and Ann Palubicki, Blake and Nita Wilson, Eddie Mooneyhan, Natasha Bowen, Susan and Kent Gilley, Don and Mary Ruth Ferrell, David "Cobb" Spears, other close friends and church members. The family will receive friends on Saturday, March 5, 2022, at the Big Stone Gap Presbyterian Church from 12-1 p.m. for the visitation. The funeral service will be conducted immediately following the visitation with Rev. Tony Palubicki officiating. He will be laid to rest beside his family in Glencoe Cemetery that committal service will be private. An online register is available for the Graber family at www.holdingfuneralhome.com Holding Funeral Home of Big Stone Gap, is honored to serve the family and friends of Normand Thomas Graber

The family of Normand Thomas Graber created this Life Tributes page to make it easy to share your memories.

Send flowers to the Graber family.