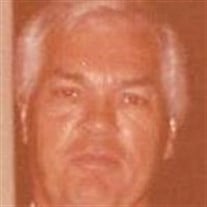 Appalachia, VA Paul Conley Hensley, 84, passed away on Sunday (May 29, 2016) at Heritage Hall Healthcare in Wise, VA. “Poss,” as he was affectionately known, was born July 29, 1931 in Appalachia, VA. He attended Appalachia High School, where he played baseball and football. He was a pitcher for the Bristol Twins, and later the Pittsburgh Pirates. Poss was an independent insurance salesman. He was a United States Army Veteran of Occupational Germany. He was preceded in death by his parents, Leathia (Smith) and Conley Hensley; and three sisters, Betty Ward, Gaynell Herndon and Claudia Phillips. He is survived by three children, Mike Hensley of Athens, GA, Susan Bruce of Atlanta, GA and Joan Shick of Raleigh, NC; seven grandchildren and one great grandchild; and a host of Southwest Virginia relatives. The family will receive friends from 3 to 4p.m. on Wednesday at Holding Funeral Home (17 E. 3rd St., N.) in Big Stone Gap, where a memorial service will follow at 4 p.m. in the funeral home chapel with Pastor Garrett Lee officiating. In lieu of flowers, the family requests memorial donations be made to P.A.W.S. of SWVA, Inc., P. O. Box 576, Coeburn, VA 24230. To view the obituary online and offer condolences, please visit www.holdingfuneralhome.com. Holding Funeral Home is serving Mr. Hensley’s family.

The family of Paul Conley "Poss" Hensley created this Life Tributes page to make it easy to share your memories.

Send flowers to the Hensley family.