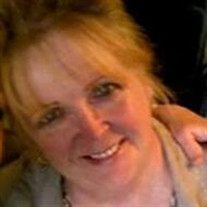 Big Stone Gap, Virginia Shirley Pauline Keesee 76, passed away peacefully on Friday (May 1, 2015) at Norton Community Hospital in Norton Virginia. Shirley was born in Appalachia Virginia, she was the daughter of the late Dewey and Emaline “Frazier” Mitchell. She spent her childhood in her family home in Appalachia she was one of 12 children. Shortly after school she married the love of her life, Mr. Charles M. Keesee they were later blessed in their union with two daughters, they were a close nit family and they remember their mother fondly. She worked as a caregiver to her family for many years before she worked outside of the home. She worked at the Carnes school and then later at Powell Valley Middle School, she also worked for a time at the Lonesome Pine Country Club. She loved her grandchildren and great grandchildren deeply. She will be missed by all that knew her. She was procedded in death by her parents Dewey and Emaline Mitchell, two brothers; Gilbert Lynn Mitchell and George Donald Mitchell. She is survived by her husband Charles M. Keesee of the home, daughters Deborah Knapp of East Stone Gap, Paula “Joy” Baker and husband Roscoe “Abe” of Big Stone Gap, grandchildren; Sharley LeAnn Baker and fiancé Jordan Rutherford, Skyla Baker, and two great grandchildren Nevaeh Mitchell, and Huntley Rutherford, sisters; Clara Bolling of Knoxville TN, Betty Southard of Baton Rouge LA, Patsy Hubbard and husband Steve of Seminary, Barbara Chase and husband Merwyn of Kingsport, Katheryn Mitchell of Big Stone Gap, brothers Gerald Mitchell of Big Stone Gap, Terry Mitchell of Big Stone Gap, Steven Mitchell wife Mary Jane of Big Stone Gap and a host of nieces and nephews whom she dearly loved. The family will receive friends on Sunday (May 3) from 5pm until 7 p.m. for the visitation at Holding Funeral Home of Big Stone Gap Virginia. The funeral service will be conducted following the visitation in the funeral home chapel with the Pastor Tim Stanley officiating. Special Music will be provided by Alex Rich and Emily Rosales. The committal service will take place on Monday at 11 a.m. in the American Legion Cemetery those wishing to attend are asked to meet at the funeral home by 10:30 to go in procession. Family and friends will serve as pallbearers. You may go online to view the obituary, order flowers, sign the guest registry at www.holdingfuneralhome.com Holding Funeral Home is serving the Keesee family.

Big Stone Gap, Virginia Shirley Pauline Keesee 76, passed away peacefully on Friday (May 1, 2015) at Norton Community Hospital in Norton Virginia. Shirley was born in Appalachia Virginia, she was the daughter of the late Dewey and Emaline... View Obituary & Service Information

The family of Mrs. Shirley Pauline Keesee created this Life Tributes page to make it easy to share your memories.

Send flowers to the Keesee family.