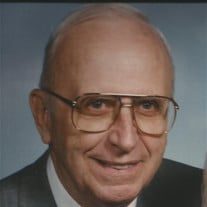 Big Stone Gap, VA Dr. Stanley Horton Botts, Sr. passed away early Sunday morning, June 29, 2014 at the age of 94 years old. Dr. Botts was born at home in Appalachia, Virginia on December 16, 1919. Stanley was the second son of Dr. William N. Botts and Fanny Horton Botts of Appalachia. He attended Appalachia High School and played trumpet in the band under the tutelage of the iconic Mrs.Virginia McChesney. After graduating from Appalachia High School, Stanley attended the University of Tennessee, receiving a degree in business. He then attended law school at the University of Tennessee, completing his Doctorate of Jurisprudence Law degree prior to entering the U.S. Navy and serving in World War II as a commissioned communications officer. After the war, Stanley returned to the University of Tennessee where he met and married Frances Elam from Jackson, Tennessee. They eventually returned back to Southwestern Virginia and set up household in Big Stone Gap. Dr. Botts practiced law in Big Stone Gap for a number of years. He also formed the first cable TV business in Big Stone Gap with the late Kenneth Jenkins. Stanley, his brother William (Bill), and their father built the Botts Building in Big Stone Gap in 1953, now known as the Mutual building. He later worked with his sons to design and build the Drs. Botts and Botts Optometrists’ office building. Dr. Botts was one of the Pioneer Faculty professors and staff at Clinch Valley College. He eventually accepted a full professorship at the college and enjoyed a career in the business department teaching business law and other business courses. He thoroughly enjoyed working with his colleagues and teaching his students at the College. Dr. Botts retired from the University of Virginia’s College at Wise, and was granted the professor emeritus Status along with long time friend and colleague Dr. Joseph (“Papa Joe”) Smiddy. While enjoying his professional career, Dr. Botts was first and foremost a husband, a father, and family man. He was dedicated to his wife Frances, and their two children and their extended families. Dr. Botts was preceded in death by his wife of 63 years, Frances Elam three years ago. Dr. Botts is survived by two sons, Dr. Stanley Horton Botts, Jr. and Robbin Arnold, and Dr. Robert Elam Botts and Diane Kelley Botts; grandson, Dr. Robert Andrew Botts and Sara Steffey Botts and great granddaughter Kennedy Ava Botts, granddaughter Katie Susanna Botts, and grandson James Hunter Botts; his sister-in-law, Jean Botts and several nieces and a nephew. Dr. Botts has been a resident of The Laurels Assisted Living for the past several years. The family deeply appreciates the care from the staff at the Laurels, and his personal caregivers, Norma Hayes and Denise Phillips. The family will receive friends from 5:30 to 7:30 p.m. on Tuesday at Holding Funeral Home (17 E. 3rd St., N.) in Big Stone Gap, with the funeral service to follow at 7:30 p.m. in the funeral home chapel with the Rev. Jeff Sams and the Rev. Terry Goodman officiating. Military graveside rites, by local V.F.W. and D.A.V. posts and the National Guard Honors Team, will be held at 11 a.m. on Wednesday at Glencoe Cemetery. Family and friends will meet at the cemetery by 10:50 a.m. Wednesday. Pallbearers will be: Andrew Botts, Hunter Botts, Nick Botts, John Botts, Don Purdie, and Bill Akers. Honorary Pallbearer will be: Bruce Large. The family requests in lieu of flowers, contributions be made to the Stanley H. Botts and Frances E. Botts Scholarship fund at the University of Virginia’s College at Wise, One College Avenue, Wise, VA 24293. To view the obituary online and offer condolences, please visit www.holdingfuneralhome.com. Holding Funeral Home is serving the Botts family.

The family of Dr. Stanley Horton Botts Sr. created this Life Tributes page to make it easy to share your memories.

Send flowers to the Botts family.