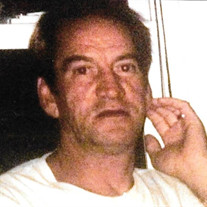 Big Stone Gap, Virginia Thomas Devon Hobbs 70, passed away on (Friday, March 4) at his residence in the seminary section of Lee County Virginia. He was the son of the late; George and Minnie Hobbs. He went to school at Big Stone Gap, and then he moved to Lapel Indiana where he took a job with General Motors until his retirement in 1985. He then moved back to Big Stone Gap in 1992 where he has resided during his golden years. He was proceeded in death by his parents, siblings; Clinton, Carol, Johnny, Erwin, Herbert, and Michael Hobbs and Sybil Hobbs. He is survived by his wife Linda Hobbs, three sons; Terry Hobbs of Anderson Indiana, Troy and Stacy Hobbs Keokee VA, Devon Hobbs and Kelsey Vernon of Big Stone Gap, three daughters Tammy Wynn Hobbs of Frankton Indiana, Erika and husband Mark Schlichting , Erin and Ian Wright both of Canada, eleven grandchildren; Riley, Carson, Kayla, Kaleb, Kameron, Kara, Tiffany, Katie, Avery, Izzy, Lauryn three great grandchildren, Jersey, Serenity, Elijah brothers; James and Pat Hobbs of Big Stone Gap, George and Phillis Hobbs, and Charlie Hobbs both of Blackwater VA, sisters; Marie Roller of Dryden, Nancy and Ray Willis of Kodak TN, Trula Hauanio Rosehill VA, Jenny Neeley, Lucille and Wayne Herndon, Margaret and Scott Phillips all of Big Stone Gap, several nieces and nephews. The family will receive friends on Tuesday (March 8) from 5 until 7 p.m. at Holding Funeral Home for the visitation. The funeral service will be conducted following the visitation in the funeral home’s chapel with the Pastor Curt Flannary officiating. The committal service will be held on Wednesday at 11 a.m. in the Glencoe Cemetery. Those wishing to attend are asked to meet at the funeral home by 10:30 to go in procession. Family and friends will serve as pallbearers. You may go online to view the obituary and sign the guest registry at www.holdingfuneralhome.com Holding Funeral Home is honored to serve the Hobbs family.

Big Stone Gap, Virginia Thomas Devon Hobbs 70, passed away on (Friday, March 4) at his residence in the seminary section of Lee County Virginia. He was the son of the late; George and Minnie Hobbs. He went to school at Big Stone Gap, and then... View Obituary & Service Information

The family of Thomas Devon Hobbs created this Life Tributes page to make it easy to share your memories.

Send flowers to the Hobbs family.